The 5pm blog will be taking a break for the next couple of days but we’ll be back on the 27th of December.

Until then, here’s the first installment of our culinary look back at 2012.

Have a great Christmas. 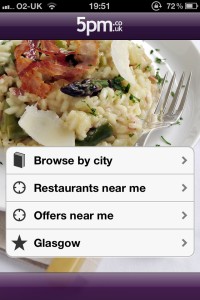 5pm launched a new iPhone app making it even easier for users to find and book restaurants whether in the home, in the office or on the move.

The booking app is available free to download from the Apple iTunes App Store, just search for ‘5pm’ or click here.

John G Renicks, a butcher from Thornhill in Dumfries and Galloway, scooped the World Scotch Pie trophy. The 44-year-old had entered pies into the competition each of the thirteen times that it had been held. Previous years had yielded both gold and silver awards but never the elusive pie trophy itself.

The Scotsman has an in-depth pie analysis and awards report here. 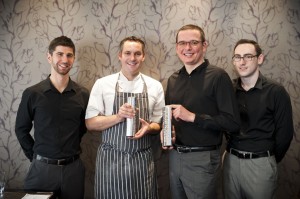 The Scottish Restaurant Awards, co-sponsored by 5pm, saw Edinburgh’s Castle Terrace emerge with not one but two winning trophies.

Last year, the judging panel awarded them the Best Newcomer award. This year, they scooped both the Restaurant of the Year prize and also the Most Innovative Restaurant award.

Commenting on the double-win, Chef Dominic Jack says, ‘Since opening 18 months ago we have been on an incredible journey and being recognised with two awards really is testament to the hard work of the talented team.  There are so many great restaurants in Scotland so to be recognised as Restaurant of the Year is a true honour. Myself and the rest of the team at Castle Terrace have really grown in strength and confidence and as a result we aren’t afraid to take risks and push boundaries.’

At least one group of Scottish rugby fans had something to smile about when Scotland’s scored a try against France and triggered a refund on brunches at Steak in Edinburgh.

Steak Edinburgh were £2000 out of pocket after promising customers a free brunch  if Scotland scored the first try in Sunday’s Six Nations match against France at Murrayfield, Edinburgh. Scotland duly scored eight minutes into the game and the steakhouse at No.12 Picardy Place refunded  more than 60 brunch meals.

General manager Michele Civiera said it had been a great atmosphere in the restaurant. He said: “A roar went up when Scotland scored the first try. The staff looked at me with their eyebrows raised so I just threw my hands up and said ‘Let’s do it’.”

Having successfully launched on Glasgow’s West Regent Street back in 2009, Assam’s Indian Restaurant has sauntered across the M8 and opened a new venture on Albert Place, part of Leith Walk.

In Glasgow, Den, an elegant and welcoming bar-restaurant in Bearsden joined the 5pm Restaurant ranks.

As part of a massive refurbishment, Edinburgh’s Sheraton Grand opened a new all day bar and restaurant called One Square. It has set out its stall as being a ‘British take on the classic grand cafe’.

This means a locally sourced menu that ranges from breakfast rolls filled with Stornoway black pudding to beef cheeks slow cooked in Leith claret, seafood platters made with Scottish shellfish and daily specials like the free range duck pie from St Brides.

5pm Restaurants welcomed  Le Bistro Beaumartin to the site. The French restaurant has made quite a splash since opening and has attracted glowing reviews from the newspaper critics and the public alike. 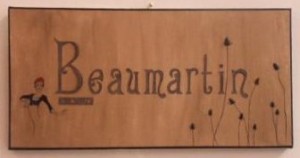 Still in Glasgow, Akbars Indian restaurant opened on the Sauchiehall Street premises formerly occupied by Balbir’s Tiffin Rooms. It’s the first Scottish branch of a rapidly growing chain of Indian restaurants which started in Bradford in 1995. 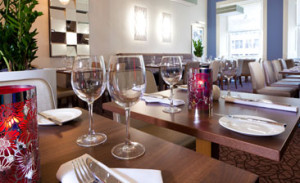 In Edinburgh, Hotel Indigo opened on York Place roughly a year after the international hotel chain opened its first venture in Glasgow.

In Glasgow, the hotel has the Limelight Bar and Grill. In Edinburgh, the restaurant is called the Turquoise Thistle.

On the other side of the M8, Cranachan Cafe has expanded from its Princes Square location and opened a second outlet in the West End’s Cresswell Lane.

A mainstay of the vibrant Glasgow curry scene for more than 20 years, the Ashoka South Side joined 5pm.

The Pour House opened on Argyle Street in Finnieston. Real ale, gourmet pub grub, decent wine and an interior that looks a little like a New England beach house are the attractions.

If you are in the area then it’s pretty hard to miss: there’s a giant squirrel drinking from a beer tap on the exterior. 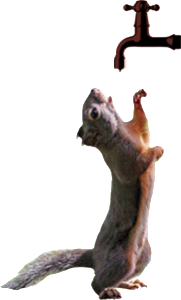 Over in Edinburgh, Earthy opened its third branch in Canonmills. Taking over the space left vacant by Dionika, the new Earthy joined the existing outlets in Portobello and the Southside.