Scottish salmon is delicious all year round but there’s something about spring that suits it particularly well. Maybe it’s all the spring vegetables now in season which complement its light, fresh taste. 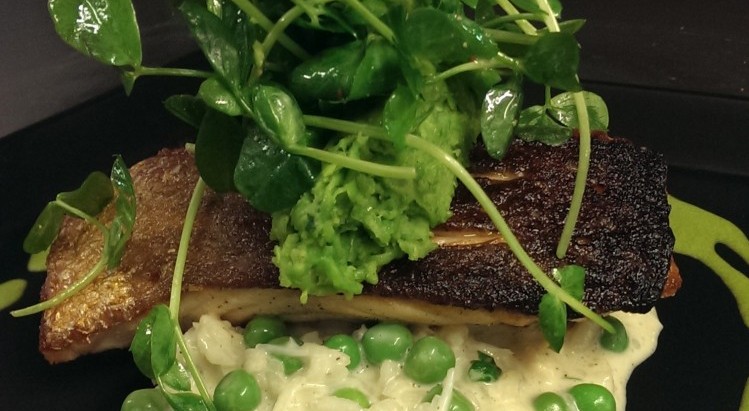 Not only is salmon the most popular fish to eat, appearing on most restaurant menus, it’s also the most versatile. Baked, fried, roasted, grilled, it suits them all, and can be used in pastas, pies, salads, you name it. The combinations are pretty much endless.

So we thought it would be a fun experiment to pick three of the best fish restaurants on 5pm and ask their chefs to show us what they would do with salmon. The results didn’t disappoint; not only were the three dishes totally different, they were all extremely delicious.

Watch the videos below to cook the recipes at home and inspire your own salmon dishes.

Since its launch in 2012, The Fish People Cafe in Glasgow’s Scotland Street has established a stellar reputation, winning the best seafood restaurant award at the Scottish Restaurant Awards and Best Newcomer at The List Eating and Drinking Guide Awards. The Fish People was originally a successful fishmonger that expanded into the restaurant next door so Chef John Gillespie only has to walk a few yards to pick up the fresh fish he then creates the restaurant menu with. The Fish People Cafe was an obvious choice to show us what to do with salmon and they decided to make…..

Richard Hewat has had a career that includes working in top restaurants across Scotland, including Edinburgh’s Sheraton and as a private chef at RBS cooking for VIPs such as Sean Connery, before opening his own restaurant Hewat’s in Edinburgh’s Southside with his wife in 2004. Hewat’s is focused on seasonal Scottish produce and Richard’s salmon recipe didn’t disappoint – it included wild garlic, only in season in Scotland for four weeks during spring time, which was foraged straight from nearby woodside. When Richard was asked to create a dish using salmon he made us….

Chef Nico Simeone trained with Brian Maule at Chardon d’Or in Glasgow and the Michelin star Number One restaurant in Edinburgh before opening his own restaurant Simply Fish in Glasgow’s West End just over a year ago. Nico’s passion for Scottish fish is clear to see on his restaurant’s menu which is packed with a huge range of dishes using seafood sourced from all over Scotland. When we asked Nico to cook salmon, the lightness of the fish led his thoughts towards his new spring menu and a dish that will feature on it which is…..

Which salmon dish was your favourite?

£13 for 2 courses on lunch & early evening menu + glass of wine at The Fish People Cafe on 5pm Dining.