As we mentioned briefly on the 5pm Dining blog last week, OX184 is now open on Edinburgh’s Cowgate.

It’s the latest venture from Fuller Thomson who also run Edinburgh’s Southern and Red Squirrel bars as well as Holyrood 9a which is but a brisk five minute stroll from OX184.

Like the company’s other bars, there is a big emphasis on craft beers, especially canned varieties such as Beavertown Holy Cowbell. Groups of beer lovers may prefer to fill an eight pint demijohn and retire to their table.

Knock back a pickleback

This scribbler’s attention was more interested in the pickleback combinations – shots of rye or bourbon paired with chasers of brine.

We knew it has been big in the States and that, more recently, a handful of Aberdeen bars had been experimenting but we hadn’t seen it in Edinburgh.

Having tried it, I’m not sure what all the fuss is about. The promised taste bud explosion passed me by but then so did the heartburn which I had wrongly guessed would be inevitable.

If the appeal of the pickleback left us a little nonplussed, OX184 has lots more to recommend it.

As far as we can see, pretty much all of the menu is wood-smoked – even the banoffee. We liked the smoky tang of the hot rib tips and the chicken wings.

We’ll also be back to sample the bar’s own applewood-smoked sausages. According to the menus, the kitchen will be serving until a bleary 2.30am – handy for the Cowgate’s many night owls.

The huge, open fire in the ground floor bar seems likely to be a big hit. It wasn’t lit when we were there but it will be such a big draw when winter rolls around again.

The whisky menu is also likely to pull in customers. Rather than concentrating on Scotch whisky regions, the selection is divided into quirky taste profiles such as ‘sweet, talkin’ charmers’ and ‘rough with the smooth’.

Within each section, there is plenty of Scotch but also a good selection of bourbon, rye and corn spirit along with whisky from, for example, The Netherlands and South Africa.

We liked OX184. It’s a thoughtful evolution of the craft ale bar with plenty of interesting drinks to explore.

While there is a burger on the menu, it’s encouraging that the kitchen isn’t focusing purely on the bun/pattie/exotic garnish trope.

Who would have thought that the day would come when a Cowgate bar had a half lobster on the menu?

Whisper it but OX184 could be the point where the Cowgate becomes respectable. 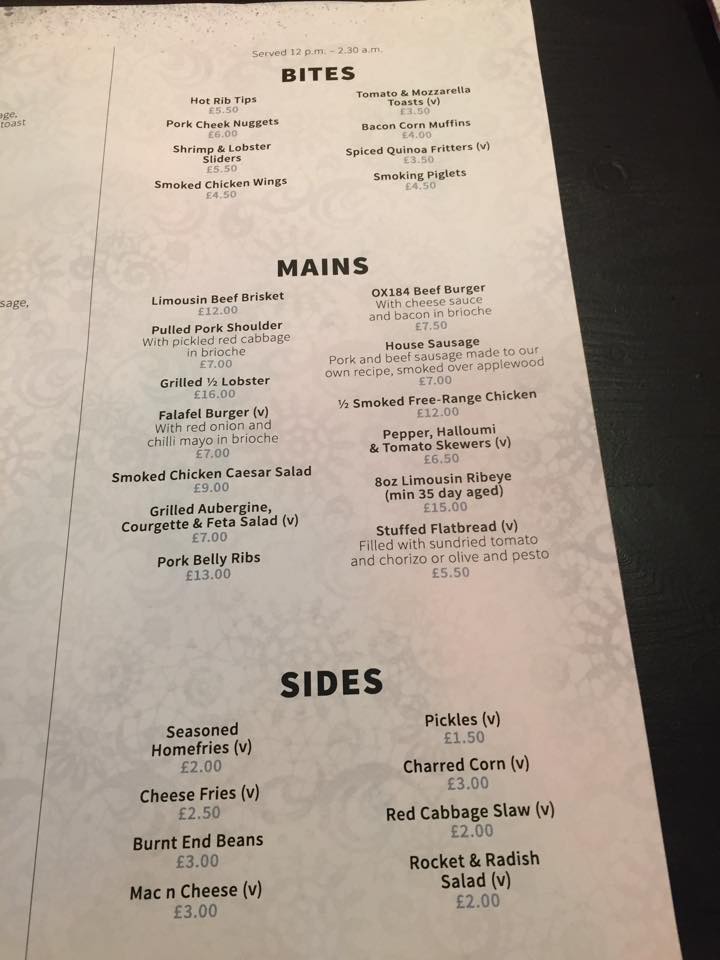