Cafe Source Too might be one of Glasgow West End’s best kept secrets.

Tucked down a hidden pathway in leafy Hyndland, the restaurant boasts a menu packed with produce from Glasgow’s finest suppliers, as well as an outdoor terrace perfect for al fresco dining and drinking. 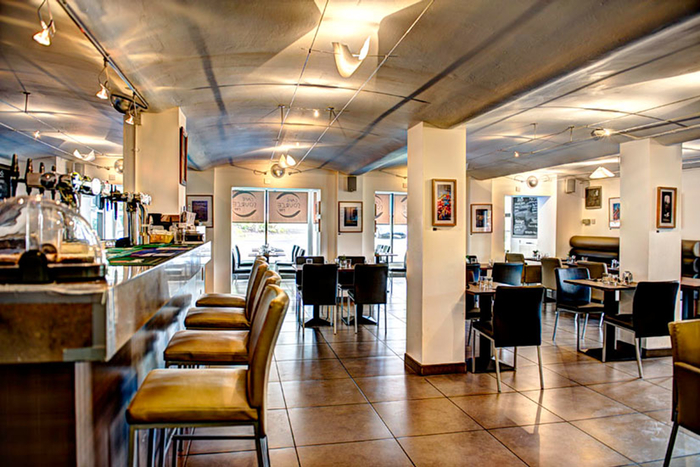 Based within Hillhead Sports Club, dishes on the menu such as Ramsay’s of Carluke belly of pork with black pudding and cabbage croquette, as well as slow braised ox cake breadcrumbed served on a root vegetable puree, show a restaurant that aims way beyond standard sports club fare (that’s before we even get to the Scottish ice cream sundae with tablet, macaroon and caramel shortcake).

Throughout the menu the focus is firmly on Scottish seasonal produce and true to the restaurant’s name, as much as possible is sourced from local suppliers.

“All our pork and ham is from Ramsay’s of Carluke and speciality produce from Braehead Foods,” Manager Ross Polson said. “Our bread is from a local Polish baker called Esad who we believe is the best. Our mussels are from from the west coast, our brie from Howgate, and oatcakes from Arran.” 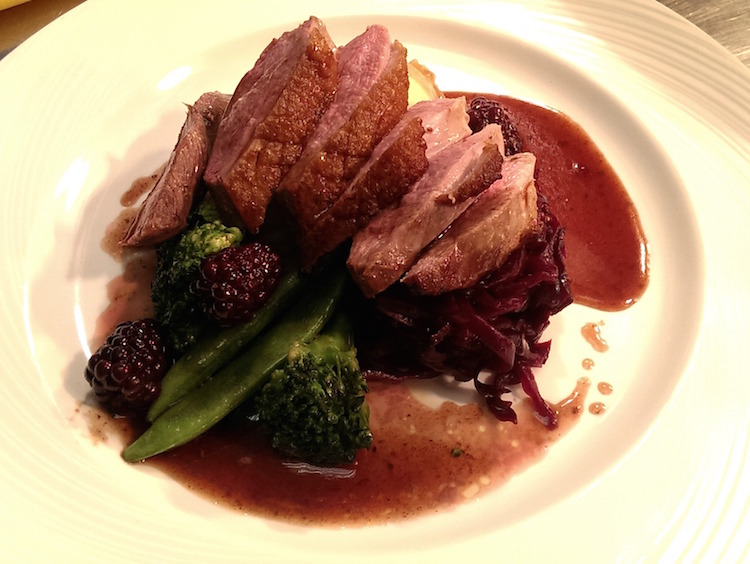 “We are very focused on using fresh local produce for our dishes. In fact, we’ve even been known to serve game brought in by members of the rugby club during hunting season.”

Cafe Source Too describe their menu as a range of Scottish classics to modern dishes with daily specials to add variety.

Their casual dining/Scottish brasserie feel means the restaurant is suited to everything from family dinners to more formal occasions, even weddings.

The bar hosts a range of wine and craft ales and beers and when other West End beer gardens are packed to the rafters, Cafe Source Too’s row of picnic benches beside the rugby pitch are well worth remembering on sunny days. 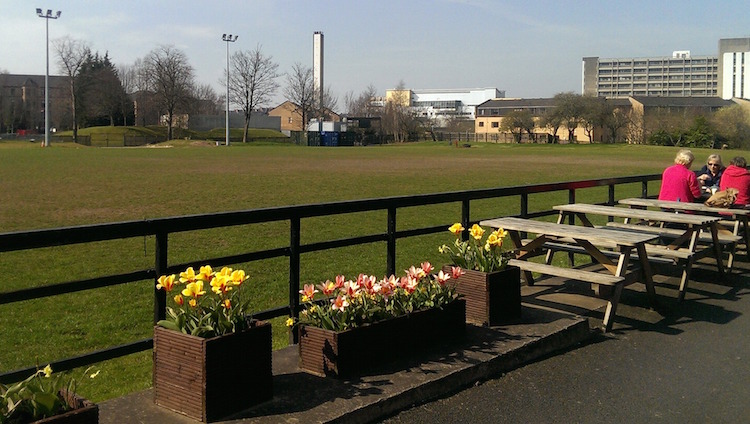 For a taster of the food at Cafe Source Too, watch the video below of Chef Stephen Kilpatrick cooking roast duck breast with bramble and red wine jus.