There are few better places in Glasgow to sip a cocktail than Rogano.

Glasgow’s oldest restaurant opened in 1935 when the Queen Mary cruise ship was being built on the Clyde and is furnished in a plush art deco style designed to mimic the interior of the iconic ship. 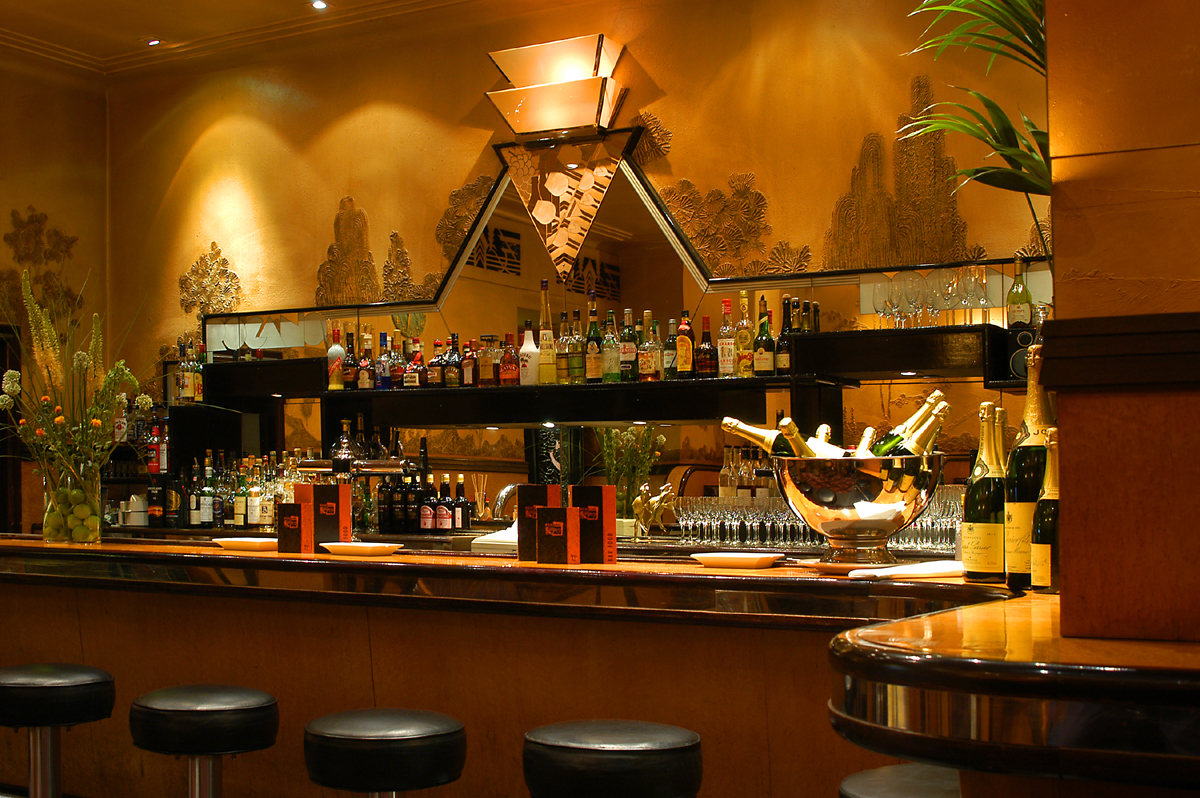 Its long marble Oyster Bar pipes out soft jazz and is perfect for stirring your drink while pretending you’re on a 1930s luxury cruise liner.

“There was lots of talk of doing a new cocktail list in Rogano as it hadn’t been updated in quite a while,” Chris said. “I just stuck my hand up and said, “I’ll do it.” It’s one of those situations where you say yes and figure out how to do it later. I was entirely self-taught but the more I’ve done it the more I’ve learned. I’ve always had a fascination with mixing drinks.”

Here’s Chris’s advice on how to make the perfect cocktail, as well as video demonstrations.

Use your own story for inspiration

“When I was developing Rogano’s cocktail list I was seeking inspiration from different places,” Chris said. “But Rogano has a lot of inspiration too. It’s a Glasgow institution. So I thought it would be nice to reference Glasgow in the drinks with the Glasgow Green and Smoke in the Clyde cocktails. We have connections with the Clyde and The Queen Mary and it’s hard not to get influenced by those things when you’re in here. The Glasgow Green uses Makar’s Gin,which is brewed in Glasgow, and The Smoke in the Clyde actually uses smoke in it. So there’s always a link to the name of the drink and what’s contained in the drinks.”

Get the technical bits right

“Get yourself a good shaker,” Chris said. “Don’t pour your ingredients over ice, pour them into an empty shaker so they mix better. Try and keep your glasses chilled whenever you can. If you are using fresh ingredients, don’t mash them, gently break the skins off whatever you are muddling. Take a nice and gentle approach to muddling; too many people blast things into oblivion and that’s not how you want to go about things. Experiment. Try things, don’t be scared of trying new flavours. Explore different options, herbs and fresh ingredients. I use rosemary and thyme as they work well in drinks and not just in food.”

Use food as inspiration

“I take most of my inspiration from food,” Chris said. “I cook a lot at home and do eat out quite a bit. If I see a food combination, I think, “how can I apply that to a drink?”. For example, we have a cocktail in here, a strawberry pink peppercorn basil martini, whose inspiration came from a strawberry and black pepper dessert which is quite a common, old fashioned dessert. I had that for the first time not that long ago and I really liked it so I expanded upon that. I changed the black peppercorn to pink peppercorn. Nine times out of ten, the original source of inspiration for my cocktails is food, not drink.”

Take time to get it right

“You’ve got to do a lot of tasting as you go.” Chris said. “You’ve got to be quite critical because a lot of things taste nice at every single stage but you’ve got to seek the absolute best. For example, the Father Thyme tasted nice when it was a double shot of lemon juice but tastes 10 times better when it’s a shot of lemon and a shot of orange juice. When you are coming into a place like Rogano and getting a craft cocktail you expect something very nice and that does not mean putting three ingredients in a glass, shaking it, putting it into a glass and firing them out.

“You want to take time to make sure the drink is visually quite appealing to people. That’s something that’s really nice, when you put a cocktail down in front of someone and you get that, “wow. I’ve never seen that before”. That’s why I like Earl of the Caribbean with the purple lemon, as before that it was just a lemon. It needs to be more, it needs to be something that catches people’s eyes.

“You’ve got to be constantly seeking to approve the flavour and you can’t just rest on your laurels and say, “that tastes acceptable” or “that tastes nice,” because you want to give people a drink they remember the same way they remember a meal or a dish they had. In order to do that you have to set your standards very high.”

Expereince Chris’s cocktails at Rogano Glasgow by booking one of our 5pm Offers.

All bookable on 5pm Dining.