Meat and beer go together like wine and cheese but sometimes certain pairings combine to lift the flavours to another level.

Using the finest ingredients also helps and you can’t get much finer than Scottish meat.

Meat from Scotland is highly regarded across the world due to its quality and versatility. You’ll have seen the labels for Scotch Beef PGI, Scotch Lamb PGI and Specially Selected Pork. These are quality markers for Scottish meat indicating its authenticity and protecting the quality gained from its geographical location.

Jamie Delap from The Brewers Association of Scotland and Justin Maule of Wild Fig Food have combined forces to put a selection of local craft beers and meat dishes together to create perfect Scottish pairings both traditional and modern.

The 5pm blog got to try them all at a recent event that showcased the dishes.

“The joy of discovering craft beers is the extreme diversity, with flavour profiles which vary from one end of the spectrum to the other,” said Jamie.

“There are no hard or fast rules to pairing the meat with beer but some matches do work better than others and by experimenting with different options people will find a side of the palate they may never have experience before.”

Take a look at their top five local meat and craft beer pairings to try now. 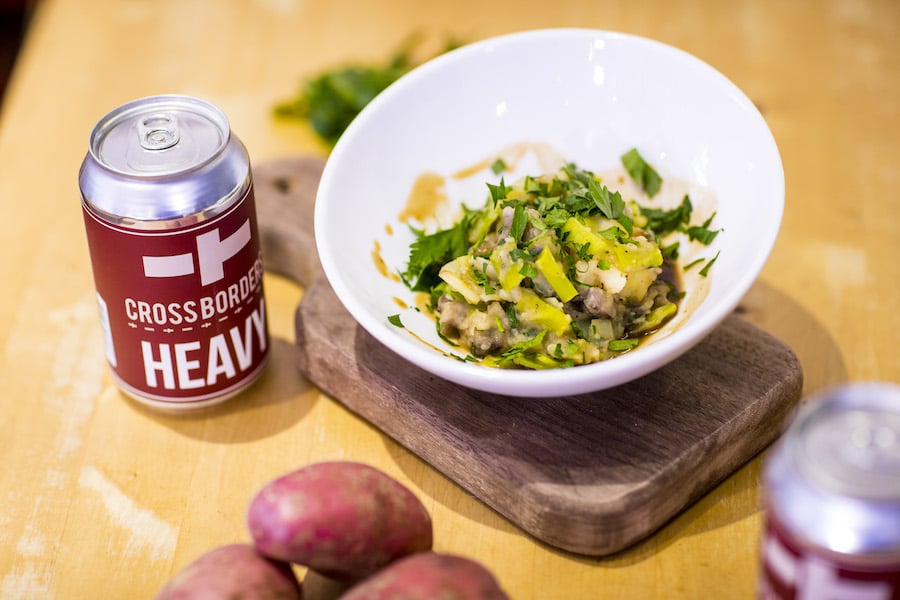 For the event, Justin used Scotch beef rib-eye to make the classic Scottish stovies and this was paired with Edinburgh’s Cross Borders Heavy.

Get a classic stovies recipe on The Scotch Kitchen’s website.

Pale, Light Crystal and Wheat are joined by Melanoidin and CaraRed malts to create a sublime modern take on a traditional Scottish style. Bramling Cross hops add an ever so slight bite to the finish of this rich and malty beer. 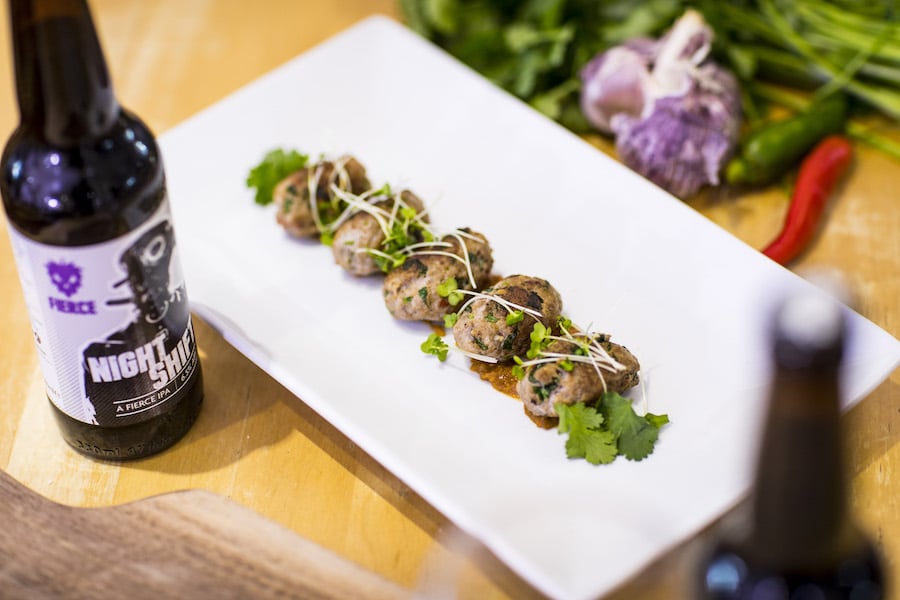 You don’t have to stick with traditional Scottish recipes, dishes from around the world can showcase Scottish meat, just as these pork kofta do. They make for an ideal pairing with Aberdeen brewer Fierce Beer’s black IPA, Night Shift.

Velvety and smooth with a biting hoppiness that guarantees instant pleasure and a thirst for more. 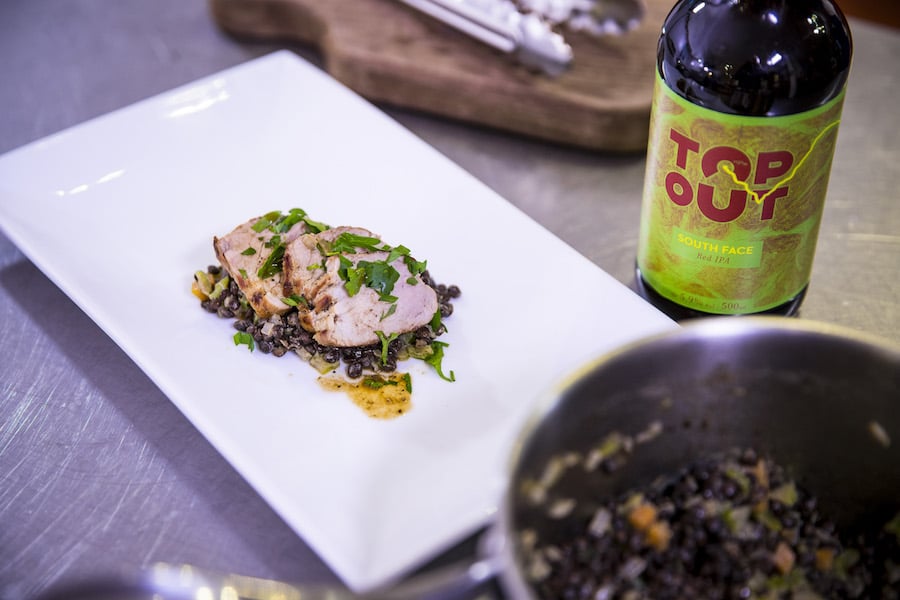 To show off  the quality of a Specially Selected pork fillet, Justin placed it on a bed of dijon lentils and topped it with aioli. This was paired with South Face, a beer from another Edinburgh brewery, Top Out.

South Face is a rich and malty Red IPA brewed with huge amounts of New Zealand hops delivering a balance of bitterness and exotic fruit notes. 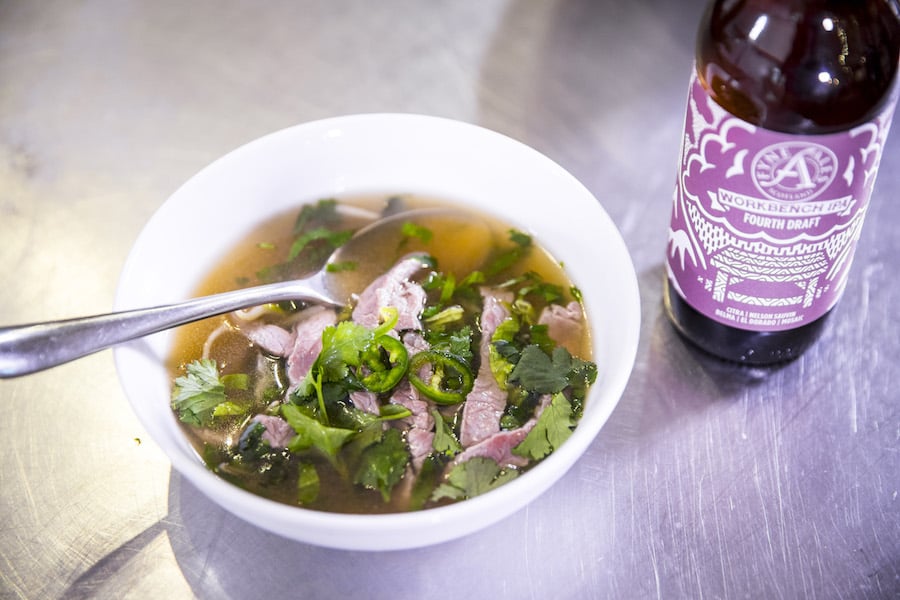 A more modern dish for the Scottish palate is pho to which Justin added prime Scotch sirloin beef. It was paired with Fyne Ales’ (from Loch Fyne) Workbench 4th Draft.

You can get a similar pho recipe here.

Sweet floral and mango aromas, juicy berry and tropical fruit cocktail into a clean citrus finish with a hint of pine. 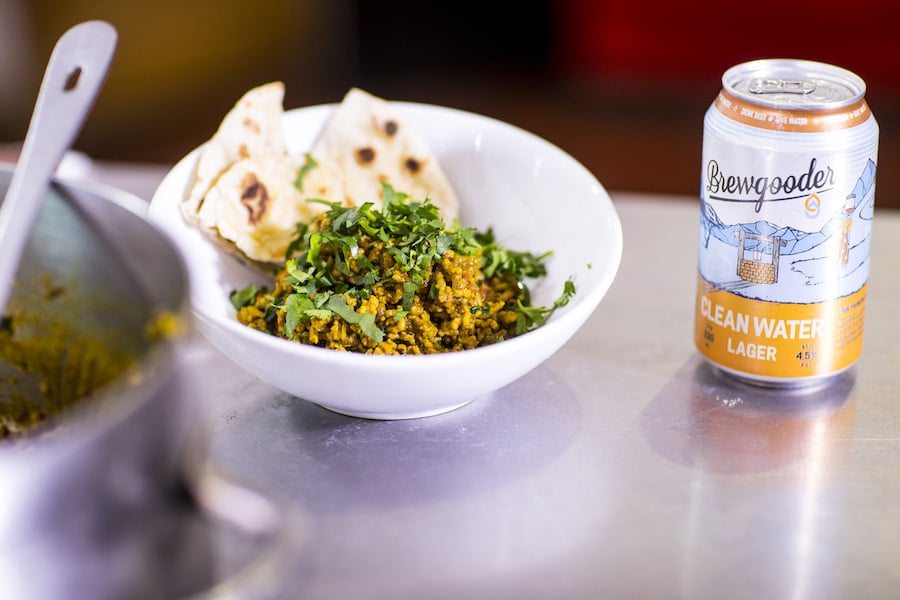 Beer and curry is a classic combination and Justin used Scotch lamb mince for a wonderful lamb keema.

Pro tip – ask your butcher to add fat to the mince for an extra tasty lamb curry.

This was paired with a Brewgooder lager, another popular Edinburgh brewery which gives 100% of the profits from this lager to clean water initiatives.

Most 5pm restaurants use Scottish meat in thier cooking. If this has made you hungry, book one of the 100s of 5pm Dining offers here.