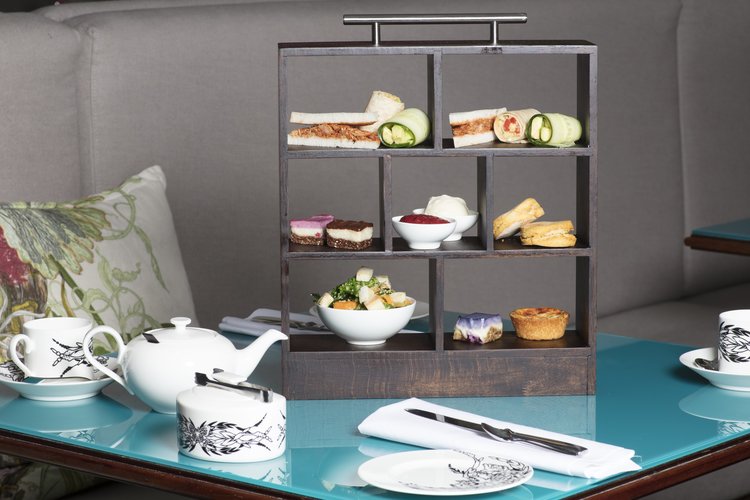 Vegan afternoon tea is now available at Cucina after the restaurant teamed up with Pumpkin Brown cafe.

Gluten, dairy and refined sugar-free, the vegan tea will be on offer alongside its traditional afternoon tea.

When five star hotels offer vegan afternoon tea, it is a measure of how far attitudes have changed towards plant-based diets.

It might be impossible to imagine for anyone under the age of thirty but veganism was once considered by many to be a fringe lifestyle.

In fact, depending on how conservative your views were, you might have added the word 'lunatic' to 'fringe'. For a long time, and perhaps they were unenlightened times, veganism may even have been regarded as distinctly odd.

If not downright suspect.

However, according to a survey released earlier this month, some 3.5 million people now identify as vegan.

Cucina may well be onto something.

'Over the past two years here at Pumpkin Brown we have watched Edinburgh fall in love with healthy eating,' notes Katy Duncan, Head Chef at Pumpkin Brown. 'Teaming up with the Radisson Collective has been a great opportunity for us to show that treating yourself doesn't have to be to the detriment to your health. Afternoon tea can now be nutritional and ethical as well as utterly indulgent.'

Head Chef Andy McQueen said 'be it for animal welfare, health or environmental reasons, veganism is of rapidly growing importance to our guests. We wanted to ensure we could meet that demand with an offering that does not compromise on flavour.

'It made sense for us to partner with Pumpkin Brown who have a wealth of experience in this area. We are proud to launch our new afternoon tea. We believe that even those guests who would normally not choose to go vegan will be impressed by how good it is.'

The Pumpkin Brown afternoon tea at Cucina costs £25 per person.

An alternative is the Prosecco afternoon tea at Cucina. We're currently running a Big Deal at £39 for two people.

It is valid until the end of May (book by 1st of May).

5pm Dining has a constantly expanding roster of great restaurants that can be quickly and conveniently booked online. ...