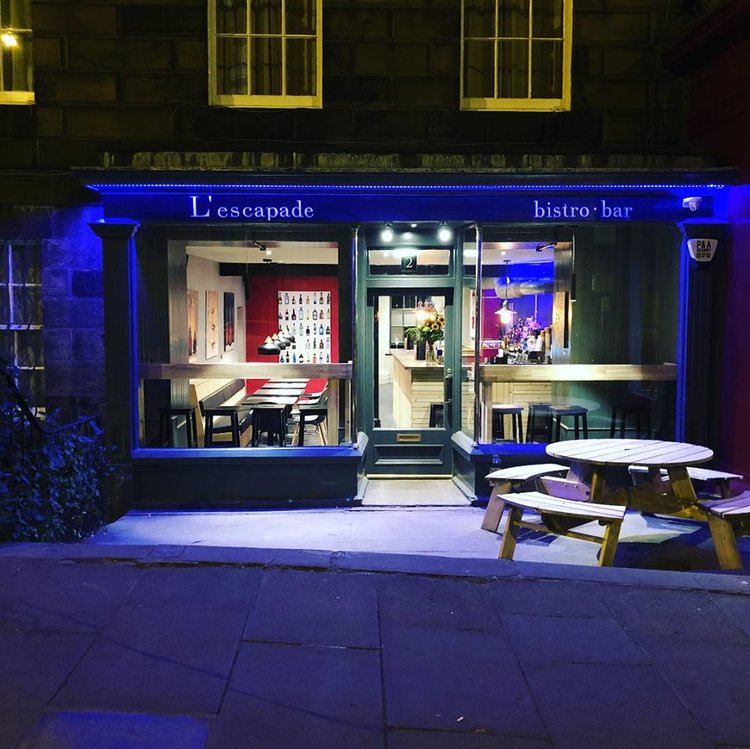 L'escapade is among a rush of new restaurants in Edinburgh. Pic: Facebook.

Why are so many new restaurants launching in Edinburgh at the moment? Easy question. Over the next couple of weeks, Edinburgh Fringe, Edinburgh International Festival, Edinburgh Art Festival andf the Tattoo will all launch.

During August, the capital's population will double and everyone will need to be fed and watered. Many existing restaurants, especially in the city centre, stop taking bookings in order to cram in as many walk-ups as possible. Extended opening hours have been applied for and, where possible, extra tables will have been set in cupboards previously reserved for storing brooms.

The last few months have seen new restaurants such as Hawksmoor, Little Chartroom, Borough, Fhior, Newhaven Fishmarket and Mono launch. And there are plenty more new restaurants to come.

After a soft launch next week, the new venture will officially open on Saturday 28th July.

Not too far away, on Dundas Street, L'escapade has replaced the long-running Glass and Thompson cafe and deli.

It is billed as a 'modern, independent bistro bar in the heart of the New Town'.

New Towners - and everybody else - are invited to swing by for anything from a breakfast of eggs Benedict to an after dinner cocktail.

The daytime/brunch menu ranges from granola to steak frites. They also offer a 'posh bacon sandwich' made with streaky bacon, tomatoes, spring onion and Greek yoghurt in toasted pitta bread.

This blog usually makes no comment on prices but we suspect that at £8.50 the 'posh bacon sandwich' will raise eyebrows. Even in the well heeled New Town.

In the evening, the menu becomes more of a sharing platter and tapas sort of affair.

Typical tapas items are the polenta and kale; confit duck in a bean stew; seabass and bacon carbonara or the sliced venison fillet.

Check back tomorrow for new restaurants in Glasgow.