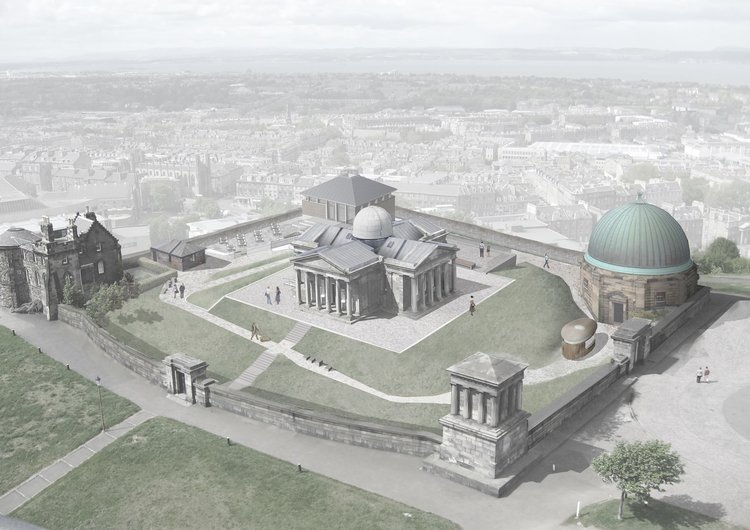 Looking for the latest food news? On today's menu, we have some serious news with a few sides of lunacy. Tuck in.

First up is today's plat du jour: the team behind Edinburgh's Gardener's Cottage restaurant are to launch a new place on top of Calton Hill.

The restaurant will be called The Lookout by Gardener's Cottage. It is a partnership with Collective, the organisation currently re-developing the City Observatory site on Calton Hill into a new home for contemporary art.

It sounds as though it will be spectacular. The restaurant will be built on a cantilever and will be partially suspended over Calton Hill’s northwest slope.

Guests are promised floor to ceiling glass windows and panoramic views across Edinburgh and the Firth of Forth.

As well as the restaurant, the new site on Calton Hill - to be called Collective - incorporates the restored City Observatory and City Dome, along with new purpose-built exhibition space The Hillside.

An opening date will be announced later this year.

Swinging back across the M8, Glasgow Cocktail Weekend gets underway today.

We scribbled in more detail about it before.

Participating venues include 5pm Dining faves such as Rioja, The Finnieston, Lebowskis, The Spanish Butcher, Hutchesons City Grill and Mezze.

Earlier this week, the hugely influential French chef Joël Robuchon died at the age of 73. Hailed as one of the most important figures of French cooking in the 20th century, the chef's obit in The Guardian is very good.

At a time when French cooking was best known for being complex, Robuchon championed the idea of making simple dishes taste as good as they could.

For many, his mashed potato was his signature dish. You can give it a whirl with this recipe.

Speaking of making simple ingredients shine, this is a slow cook recipe for zucchini or courgette Bolognese.

Detailed in Delish, it is said to be Meghan Markle's culinary ace in the hole.

Handy if you need to rustle up something filling for a hungry prince of the realm.

Politicians on the plate

In other unexpected food news, we read that Gerry Adams is to bring out a recipe book in time for Christmas.

According to i Newspaper, The Negotiators’ Cook Book was inspired by Mr Adams' experiences of not being fed by the British during the peace process talks.

The 5pm Dining blog is resolutely non-political but the idea of politicians of any hue writing cookbooks has us feeling a little queasy.

What next? Blair's Sticky Buns: the Secret of Mass Seduction? Prescott's Pancakes - As Flat As My Vowels? Or, of course, Peter Mandelson's 101 Recipes for Mushy Peas or Avocado Dip.

Finally for this rather ragged edition of food news, we cheered when we learned that Lidl is launching a Spanish Week from today.

The summer holidays may be over for many of us but that doesn't mean we have to forget all about Spanish cuisine until the summer of 2019.

We were particularly taken with the news that they are selling 500g bags of churros for 99p.

Spain's answer to the doughnut, they make for a very decadent breakfast when dipped in hot chocolate.

Keep checking back to the 5pm Dining blog for all the latest food news and scran-related nonsense.